Remnant of the year 2020 is the giant tooth shark

The “Remnant of the Year 2020” announced by the Hungarian Geological Society was won by the giant-toothed shark, ie C. Megalodon. It is the largest shark ever lived (in fact, the largest fish) that lived 23-3.6 million years ago. It was widespread throughout the world, even in the sea that filled most of the Carpathian Basin. Based on the teeth found, scientists estimate its size at 18-20 meters. In contrast, the largest fish living today, the whale shark, grows “only” to 12-13 meters.

From the body of the top predator of the seas — apart from the teeth — only a few petrified vertebrae remained for posterity, so it is not possible to know exactly what it looked like. Like other sharks, his body consisted of cartilage that was not, or not sufficiently, preserved in salt seawater. Because the teeth are made of bone-like material, they are much more resistant. 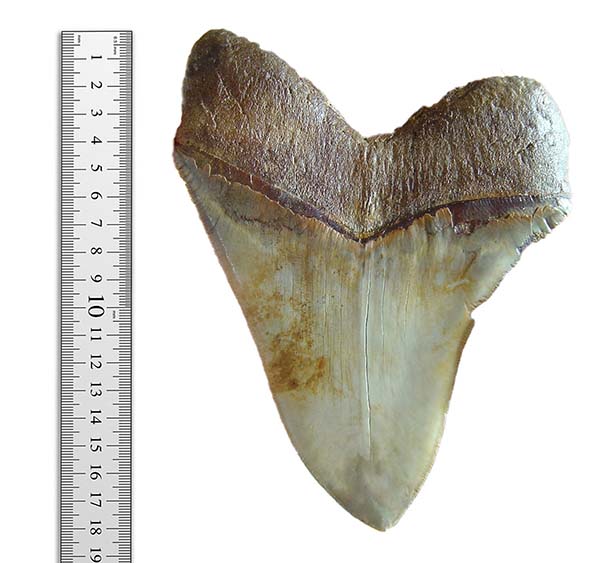 Scientists initially speculated that Megalodon may have been the ancestor of the white shark that lives today. This was inferred from the similarity in the shape of their teeth. In the late 1980s, based on a Peruvian find (including lots of teeth, numerous vertebrae, and jaws), there was a widespread view that the mako was more related to sharks.

What did you eat?

The giant-toothed shark was a real top predator. The width of the mouth is estimated at nearly 3 meters. His bite could have been stronger than any living thing, and he could have smashed even a car. Neither the white shark nor the most dangerous Tyrannosaurus Rex could rival its power.

There is no doubt that he has kept the wildlife of the ancient seas in awe for millions of years. As an active hunter, he also ate whales (or their ancestors) and smaller sharks with great preference. He simply bit off his tails and fins. Countless fossils have been found in which traces of teeth have been found.

Why did the giant shark die out?

Scientists are still guessing the reasons. One idea is that this giant animal may have been half-warm.

In the age when Megalodon was widespread on Earth, the seas and oceans were still uniformly warm. But 3 million years ago, the gap between North and South America closed, making some of the oceans cooler. Megalodon may not have been able to adapt to the changed environment. 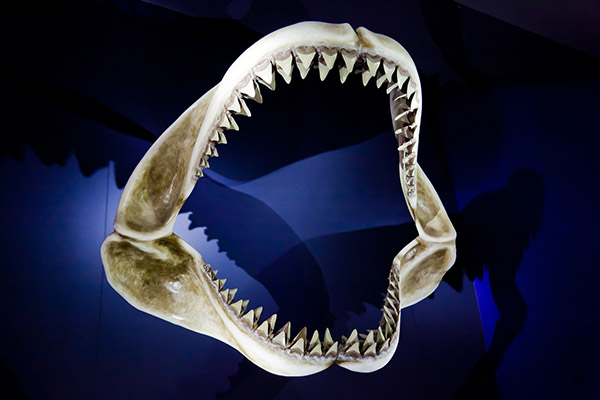 He was hypothesized that he was unable to develop endothermia, the ability to produce internal heat, and thus was unable to maintain a higher body temperature. In contrast, today’s white sharks have adapted excellently to cooler waters.

Perhaps the emergence of a competitor, the killer whale, also contributed to Megaldon’s extinction. These animals hunted in teams, so they may have been more effective at capturing prey than a lone predator.

The giant-toothed shark deservedly became the winner of the Remnant of the Year 2020 vote. The largest predator ever to live in the seas moves the imaginations of both children and adults. Seeing the teeth up to 18 cm long, we can easily imagine his huge body, his awesome jaw, from which there was no escape.